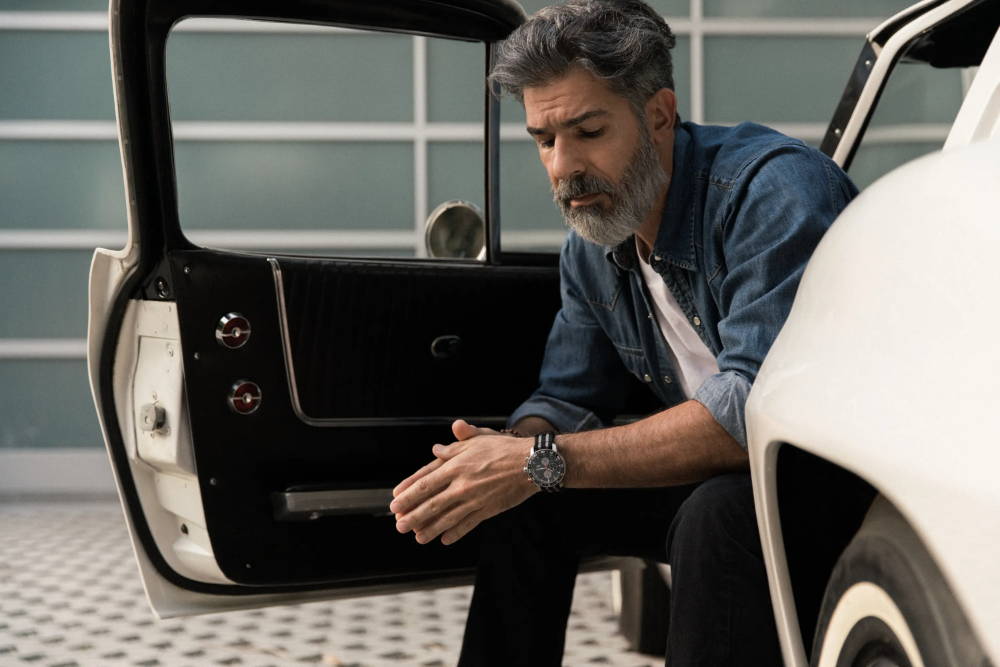 What exactly is a pilot watch? And do pilots really wear them?

A stamp collector has their chosen theme or ‘thematic,’ and the car collector their chosen make or era of cars. Ask any collector, and they'll extol the virtues of a niche collection. This is also true of watch collectors, many of whom focus their horological love on a particular watch brand or type of watch. Mechanical watches are particularly sought after by some collectors, as are pocket watches. So too are dive watches, which we recently wrote about here.

Pilot watches have similar levels of fascination for watch lovers. Also known as aviator watches, they offer an interesting and unique niche in the watch world. But what exactly is a pilot watch? And do pilots really wear them? We’ll answer these questions that are at the heart of the pilot watch niche. 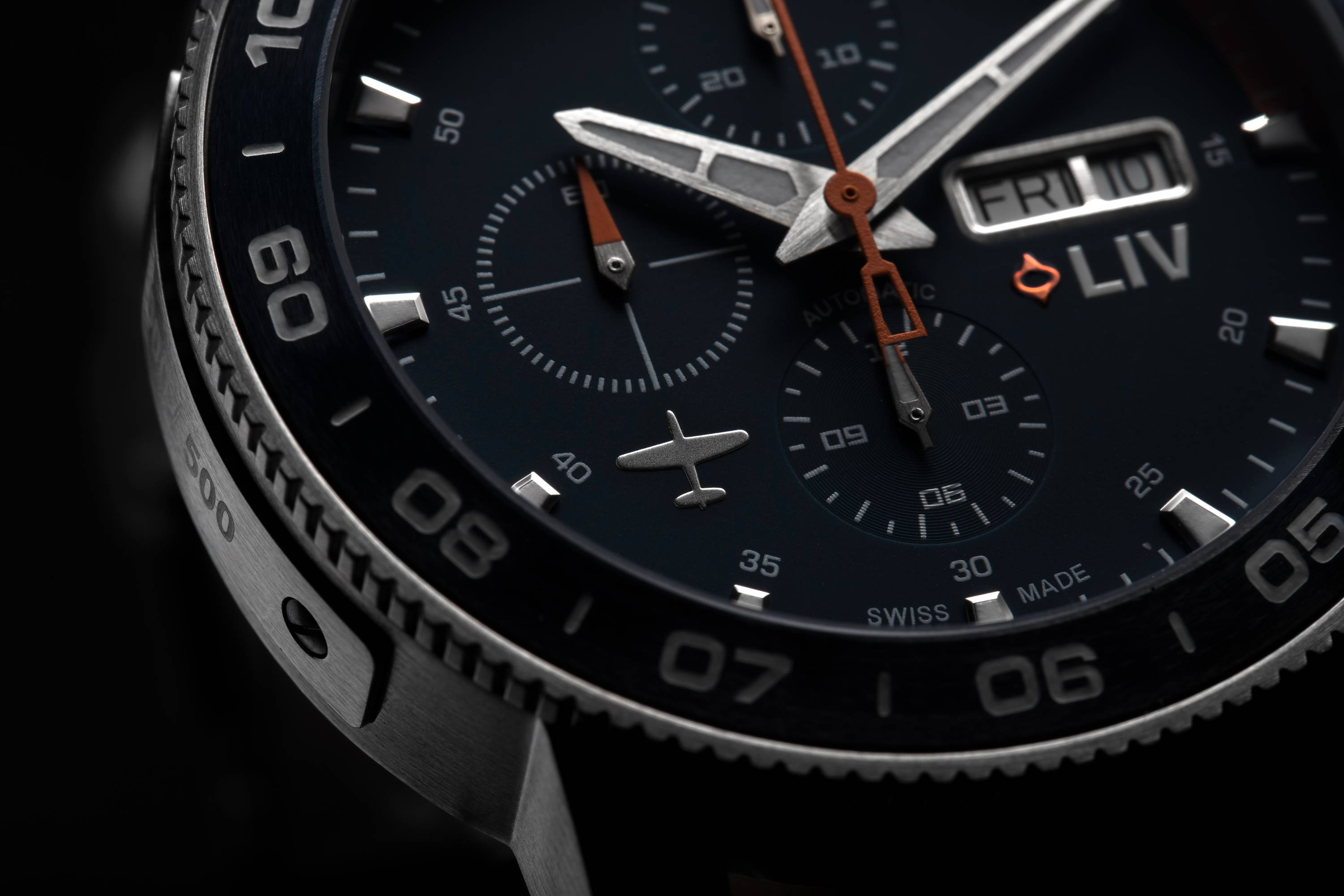 What constitutes a pilot watch? It would make sense that such a watch would be as precise as possible, given that pilots often have to fly to tight schedules. There is also the ‘back-up’ aspect of having a wrist watch on board a plane. After all, even the most sophisticated modern aircraft, with all its computerized dials and display units, can run into difficulty. Systems can suddenly fail or visibility be low in the cockpit, even on a large Airbus or Boeing, not to mention a tiny Cessna. At times like that, a watch could be critical. With that in mind, some of themost important features of a typical pilot watch might include: 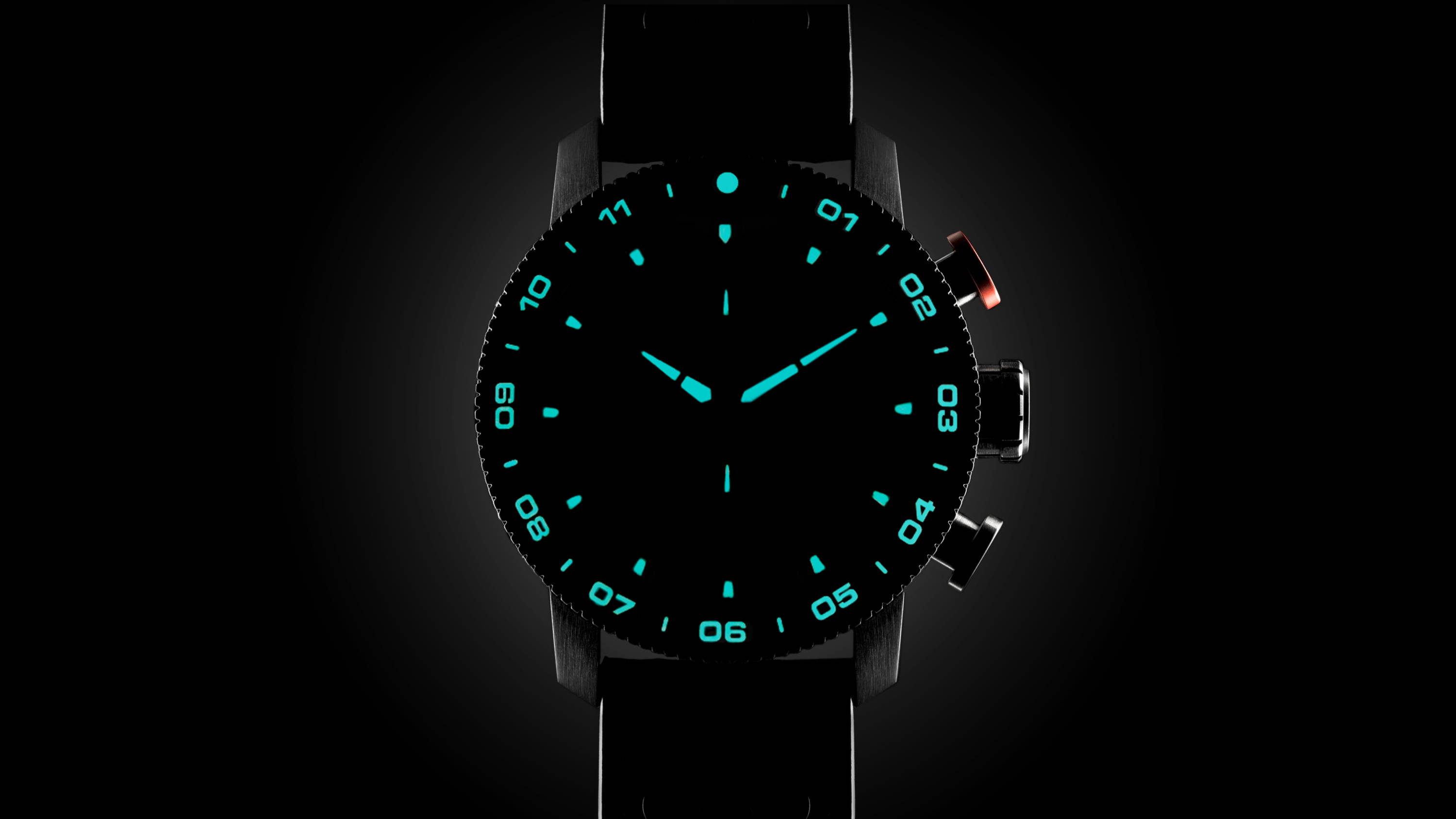 Thefirst pilot watch can be dated back to 1904 and was crafted by renowned luxury French jeweler and watchmaker, Cartier. It was named the ‘Santos,’ after Alberto Santos-Dumont, a famous Brazilian aviation pioneer. Legend has it that Cartier dedicated the watch to Santos after the aviator had publicly complained that he found it difficult to read his pocket watch while flying! Beyond timekeeping, the watch could also calculate fuel consumption and air speed. The Santos was, above all else, stylish, rather than reliable or easily read.

Pilot watches took a further step forward when Frenchman Louis Bleriot crossed the English Channel (orLa Manche to the French) in July, 1909. Bleriot had aZenith on his wrist and famously (and very publicly) declared, “I am very satisfied with the Zenith watch, which I usually use, and I cannot recommend it too highly to people who are looking for precision.” With that, the pilot watch captured the public’s imagination.

World War I saw the first luminous dials on pilot watches, with Zenith, Omega, Doxa, and Electa the leading manufacturers of these watches. Charles Lindbergh wore awatch by Longines on his epic solo flight across the Atlantic in May 1927, which featured a rotating inner dial that compensated for the watch’s lack of accuracy. His famous watch also had a rotating bezel, which had been invented to help him calculate his position with decent precision.

Later innovations in pilot watches included the GMT hand, which was usually set to standard Greenwich (London) meridian time, and allowed pilots to calculate the time zones they were flying through. The Rolex GMT Master was one of the most famous pilot watches of all time, and included both a GMT hand and rotating bezel. The bezel was in red and blue, which is why it is affectionately known by watch lovers as the ‘Pepsi bezel’ or the ‘Pepsi GMT’ watch. It was also the standard issue watch for all Pan Am pilots during the heyday of the iconic commercial airline. The pilots were known to have loved the ‘Pepsi GMT’ watch that could show two time zones simultaneously. 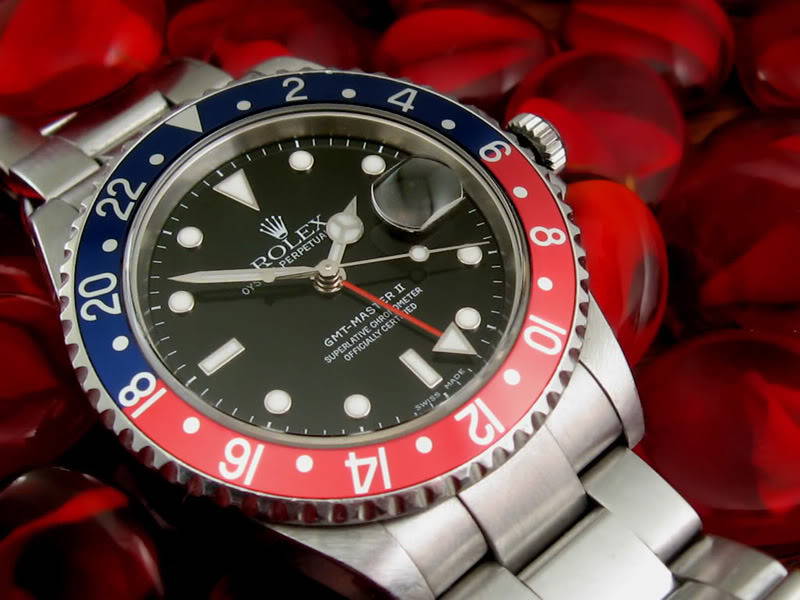 What do pilots need from their watches…and do they wear them?

The two things that pilots most need from their watches are reliability and easiness to read. Especially for reliability, one would assume thatthe preference for pilots would be to wear a modern quartz or digital watch. These watches can run for years on a single battery and often have millisecond precision. However, mechanical watches are still beloved by many pilots, even if they can sometimes be less reliable than their quartz counterparts.

There are other considerations for pilots regarding the watches they wear:

The two things that pilots most need from their watches are reliability and easiness to read.

Do pilots actually wear them?

The answer appears to be: not really. One person posted this observation on a watch forumdiscussing whether pilots wear pilot watches: “I work with a lot of professional pilots and I have been observing what watches they wear. I have seen…Rolex subs, two Seamasters, [a few] Breitlings,…But I see an awful lot more cheap digital watches and cheap quartz watches. Not many chronographs.” Another forum post, this time by Mark Vanhoenacker, a British Airways Boeing 787 pilot, and author of Skyfaring and How to Land a Plane,commented how early in his career he was required by the airline to wear a functioning chronometer, but today doesn’t wear any watch at all. 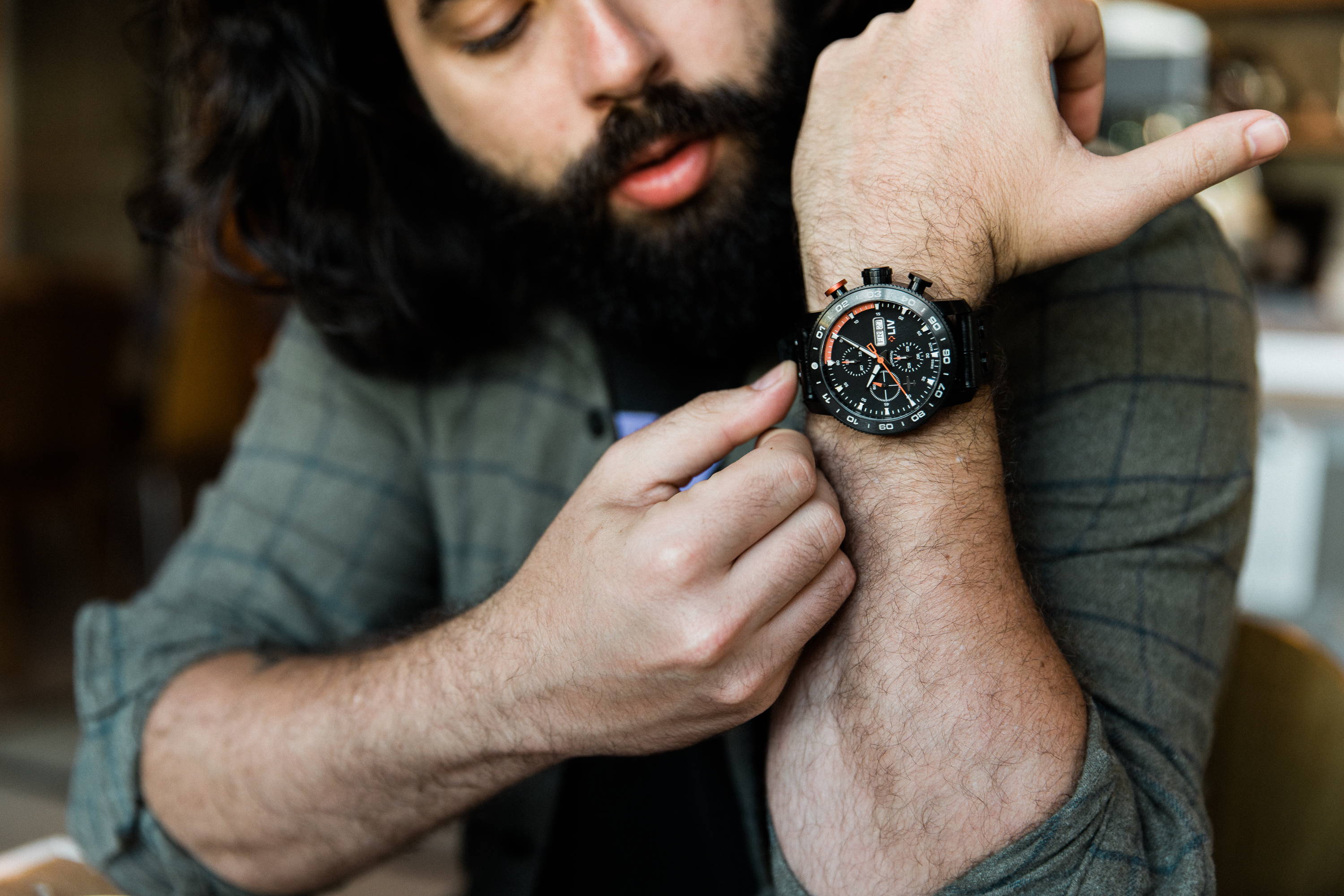 LIV Watches relishes in the rich history of watches, as well as in American and world history too. That is why we dedicated our very own pilot’s watch to the iconic P51 Mustang World War II fighter plane. The GX Swiss Titanium Ceramic Auto Pilot's Chrono by LIV Watches is a veritable piece of art and craftsmanship, which we are very proud of.

The watch is constructed of a titanium case, ceramic bezel, and a genuine sapphire crystal, with a superbly detailed skeleton back. It features a 25 jewel Swiss automatic movement comprised of the superb Sellita SW 500.

It had to be a limited edition, of course, with just 500 pieces crafted by us. These titanium models were even delivered with a watch winder. A further 1,000 pieces of the non-titanium version (the ‘Pilot Steel’) of this pilot watch were also made, with its sexy 316L stainless steel case. Specifications for our gorgeous pilot watch include:

Our P-51 Auto Chrono pilot’s watch is subject to the same stringent Quality Assurance (QA) process which we at LIV Watches provide for all our watches. Every part of this watch will have been thoroughly inspected and tested to ensure that it meets all our exacting visual and functional tests. This testing includes:

Tests are also conducted during the casing-up and assembly processes. All of this is befitting of a pilot watch that has been called “this breathtaking timepiece”in one review, and “a bold, masculine and robust pilot’s chronograph” in another very positive watch review. 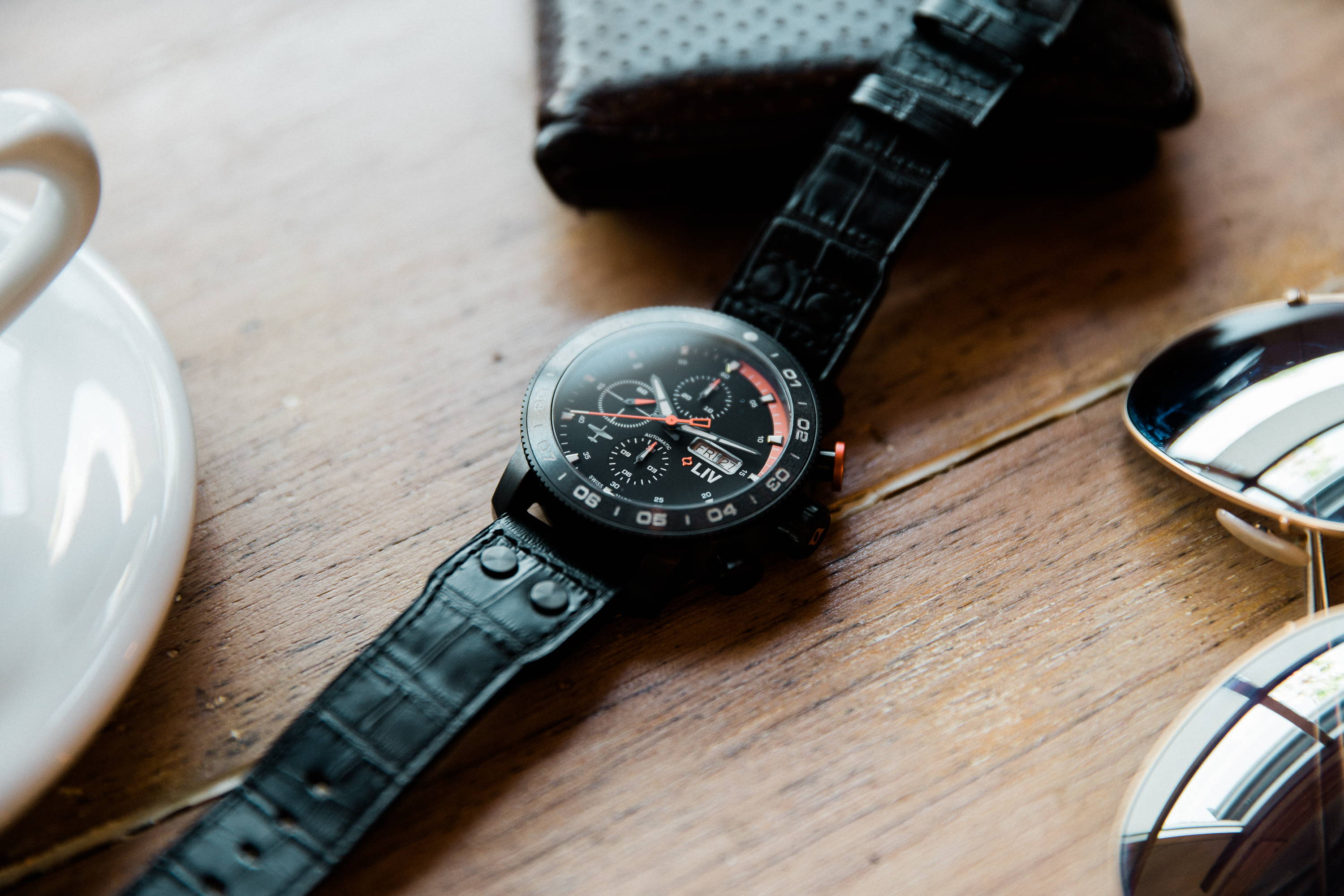 We of course love our own P-51 Auto Chrono pilot’s watch the most, but there are other pilot watches that we also like and can appreciate for different reasons. Here are four of them.

We like this one because of its unique feature. The watch has two mechanisms, one of which is a distress beacon with an antenna, which can be used by a downed pilot to call for help. According to the Breitling website, the watch transmits a digital signal on the 406 MHz frequency intended for satellites and lasting 0.44 seconds every 50 seconds. It also has an analog signal on the 121.5 MHz homing and rescue frequency, which lasts 0.75 seconds every 2.25 seconds. 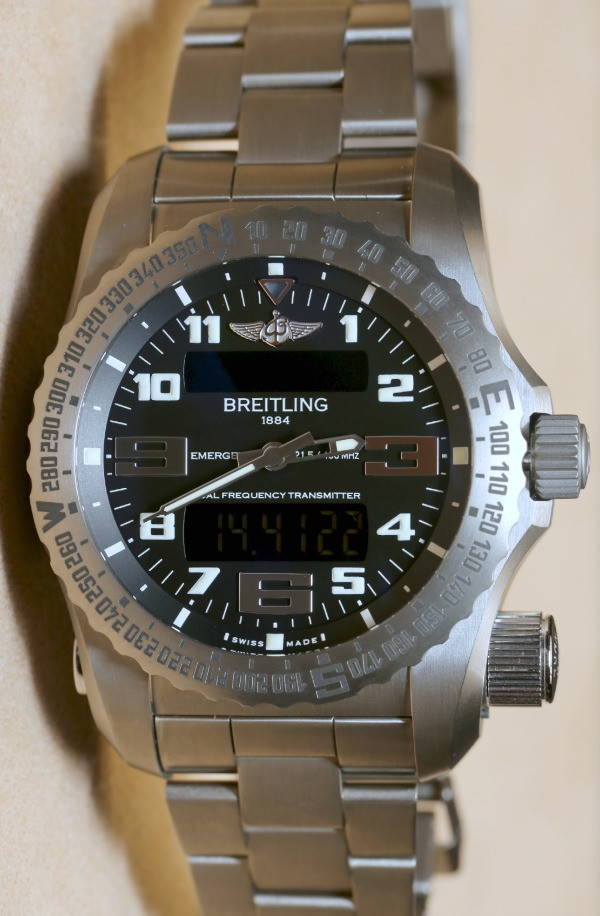 The other mechanism is a standard quartz watch with a digital chronograph and second timezone display, as well as analog dial. Breitling goes even further: if the transmitter is used in a real emergency, then the watch will be replaced for free. We don’t see it as gimmicky, but as a pilot watch with a difference. 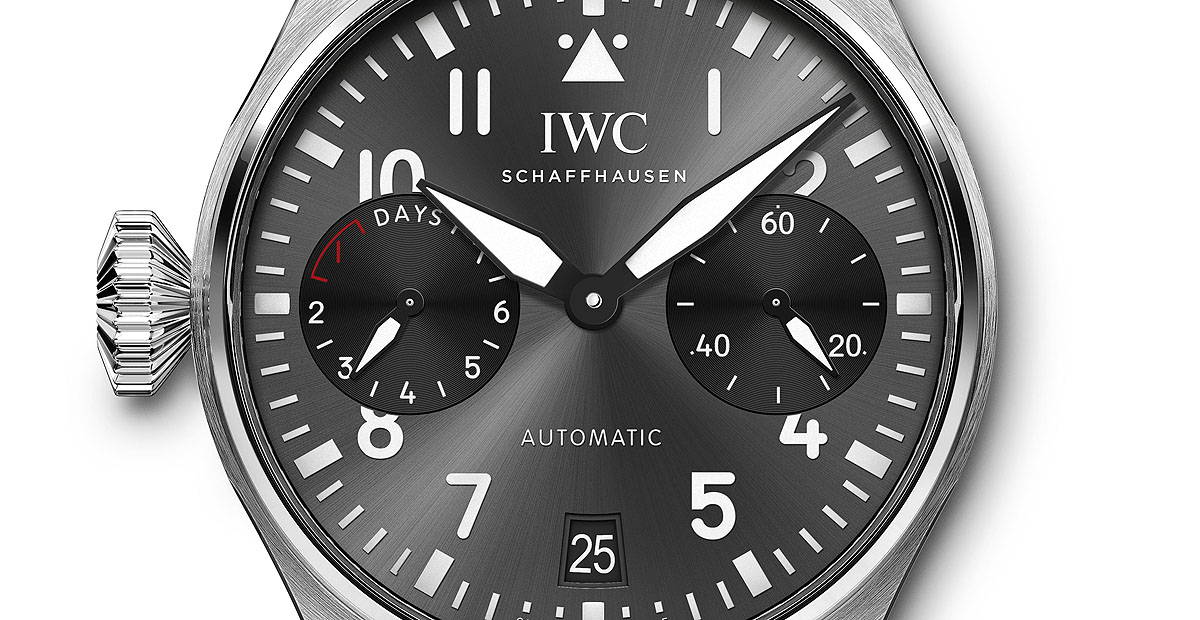 IWC Schaffhausen has been one of the most prestigious pilot watch manufacturers since the 1940s. This watch by IWC has a quirky sub-text: did you know that an estimated 40% of aviators are supposedly left-handed, compared to just 10% of the general population? The luxury Swiss watchmaker took note of that interesting fact and designed a watch that can be worn on the right hand.

Limited to just 250 pieces, this ‘Right-Hander’ was based on the first IWC Big Pilot’s Watch from the 1940s model, one of the collections for which the Swiss watchmaker became famous. The latest version featured vintage styling with large, luminous Arabic numerals and hands, as well as a traditional triangle at 12 o’clock, while the status of the watch’s lengthy seven-day power reserve could be viewed at 9 o’clock. It wasn’t cheap at $14,200, but was a nevertheless splendid ode to a watchmaker with an enviable tradition in the impeccable craftsmanship of its pilot watches. 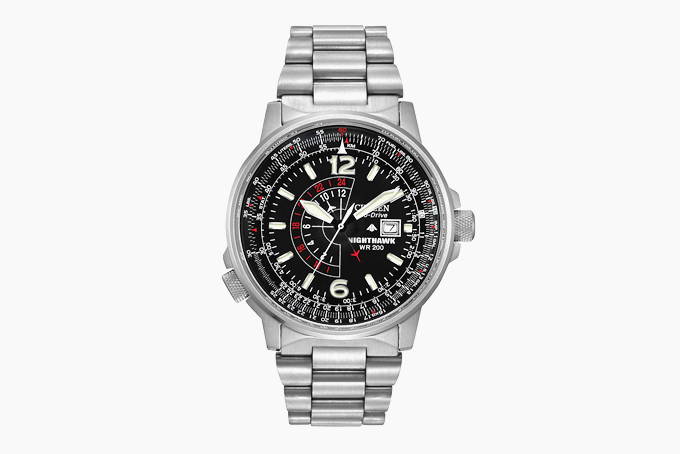 It comes up again and again on watch forums discussing pilot watches: watches by Japanese giant Citizen are immensely popular with pilots. This pilot watch by Citizen is a real contender for those pilots (or non-pilots) who really enjoy doing analog aviation calculations. It boasts a tachymeter scale for figuring out both speed and fuel consumption, as well as a super-efficient solar-powered quartz movement. It also looks manly and rugged with its case and strap in stainless steel.

However, probably one of its best features for many pilots is its low price tag at just $189. Remember, many pilots don’t earn that much money, so its low cost will no doubt be a big plus for aviators who want a reliable timepiece by a proven and respected watchmaker that is worn by many fellow aviators and watch lovers alike. 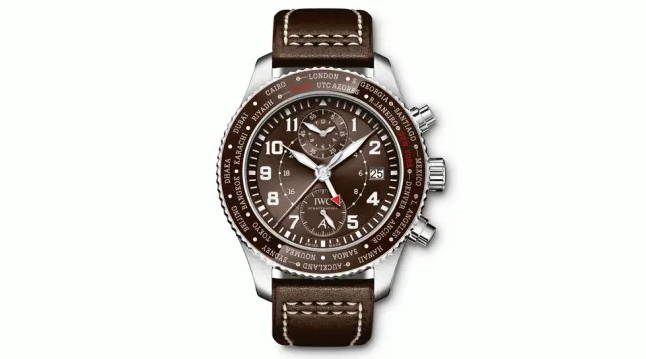 Finally, we turn again to IWC Schaffhausen, this time with a watch that has both legacy and a touch of whimsy. The watch was designed by IWC in partnership with the Antoine de Saint-Exupéry Youth Foundation, which was founded in honor of the acclaimed French author of the children’s classic The Little Prince (‘Le Petit Prince’). Not many people today know that Saint-Exupéry was a trailblazing aviator in his own right in the early part of the 1900s, and this superb pilot watch commemorates his non-stop crossing of the Atlantic in 1939.

Just 80 limited edition pieces were made by the Swiss watchmaker to commemorate the 80th anniversary of his trip. It was that trip aboard the French flying boat Latécoère 521 that inspired him to write The Little Prince once he arrived in New York. This model featured a brown rotating bezel made of ceramic and a sepia-tone brown dial inspired by the earth-colored tones of aviator suits from that era. It also had red-colored indications for ‘Paris’ and ‘New York,’ on which were also inscribed the names of 24 cities, one for each time zone. The watch’s caseback was a thing of beauty, with an engraving of the French plane that ferried Saint-Exupéry from the Old World to the New World.

Those who love dive watches may be inspired by the ocean depths and a man like Jean-Jacques Cousteau. For those inspired instead by the feats of flying and the magnificent likes of Bleriot, Lindbergh, and Saint-Exupéry, there is always the incomparable pilot watch. 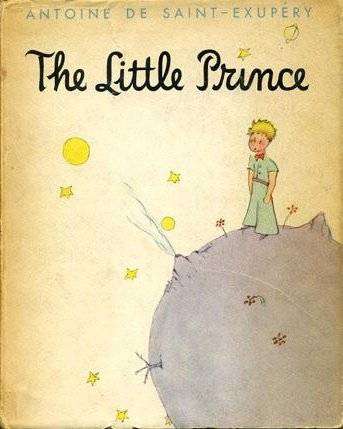