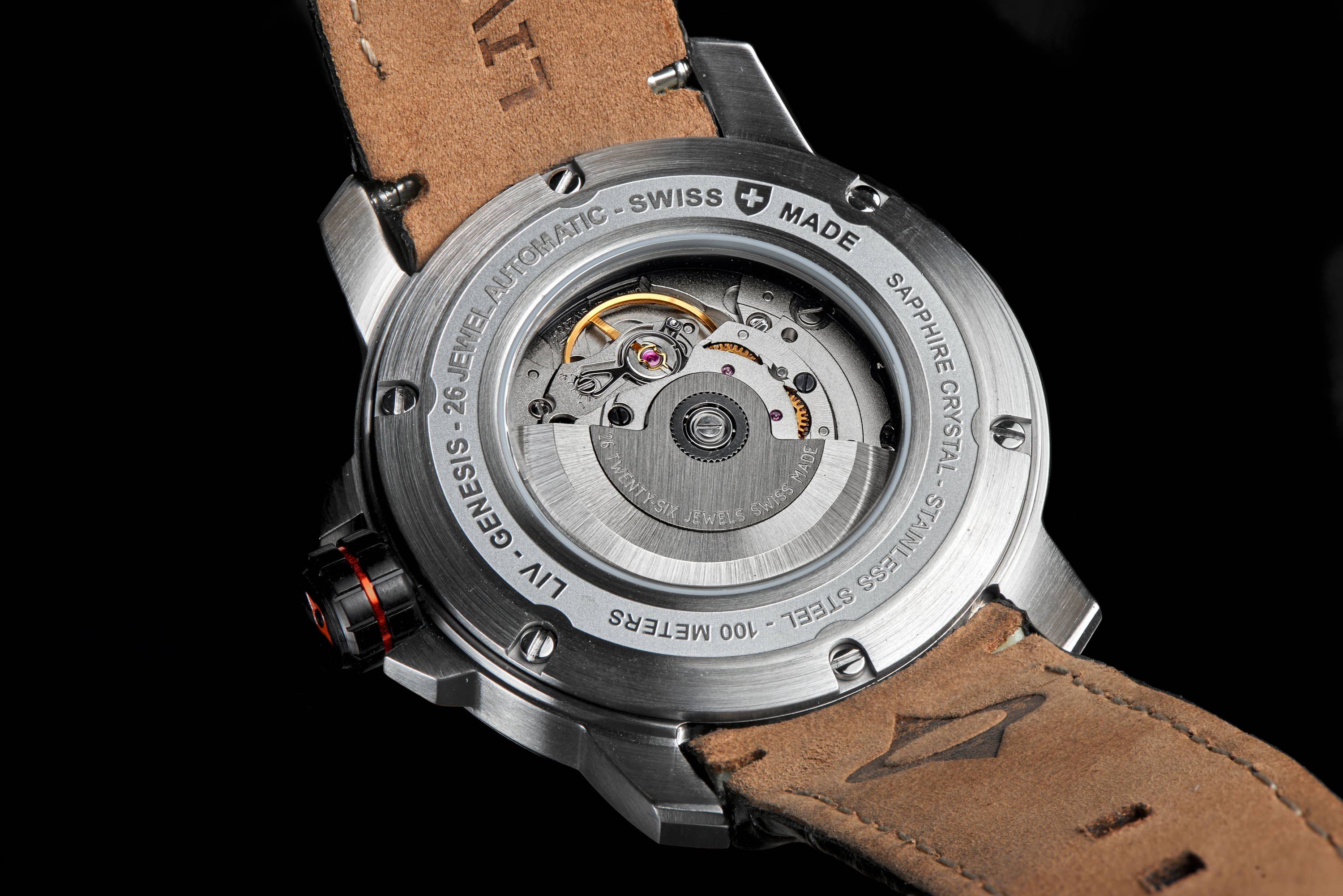 Watch movements are some of the most complicated mechanisms around. So how do they stay on time?

As the human body requires a heart to function, so a watch requires its movement. Essentially, it is the mechanism that makes a watch function. The movement (or caliber) facilitates the movement of the hands on a watch face and powers its various complications, such as the day/date or dual time display, alarms the watch might have, or the chronograph on a stopwatch.

This article will provide some insight into the most important factors that ensure a movement that is accurate and reliable.

Please note that this article will focus on mechanical movements, given their greater intricacy and inherent need for care compared to quartz movements.

Construction of a Movement

A mechanical watch movement comprises various parts. The movement sits between two plates, namely thefront plate, located just behind the watch face, and theback plate. The back plate can be afull plate to match the front plate, a¾ plate, or a series of smaller plates or ‘bridges’ known as abridge plate. These latter two plates provide easier access to the movement for repair or maintenance purposes.

Themainspring is the ‘powerhouse’ of the mechanical movement in that it stores the needed energy, be it via oscillated energy (i.e., in anautomatic watch) or kinetic energy due to the manual winding of the crown for amanual or hand-wound watch.

Thegear train transmits this energy from the mainspring to theescapement, which comprises the escape wheel, thelever, androller through aseries of gears. Lever grips into the escape wheel determine the required flow of energy. It is these precise ‘fractions of energy’ that determine the time that the watch will keep.

The energy is then transferred to an oscillating system, at the center of which is thebalance wheel, which beats or oscillates between five to 10 times per second. This wheel turns on thebalance staff, thebalance spring, and a regulating device, theregulator. 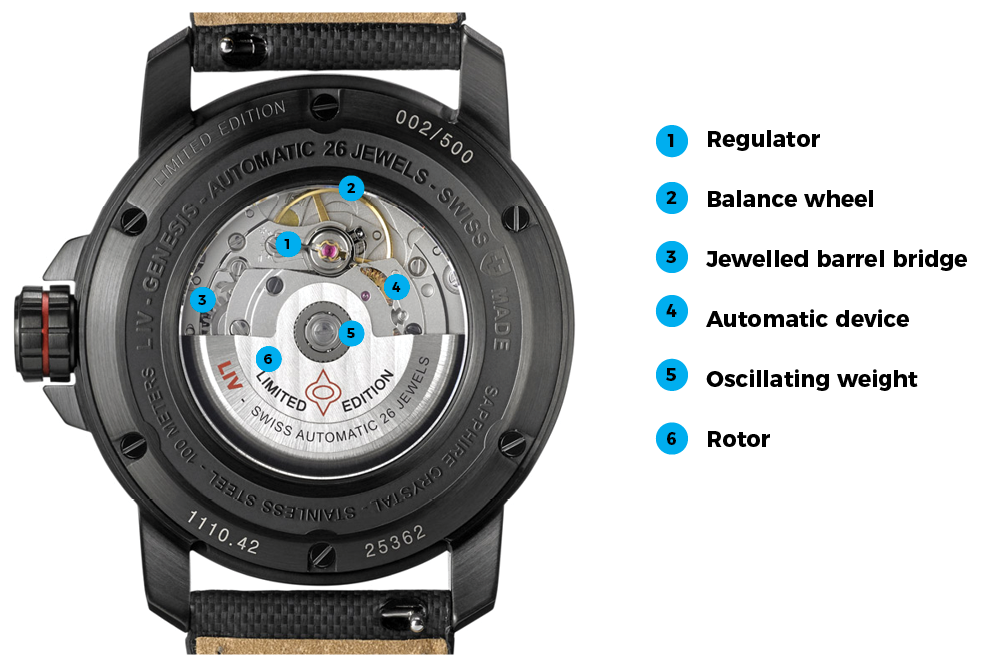 Not all of the components discussed in this article can be seen in a constructed movement, but this image gives you an idea of how some of them fit together.

It is the oscillation of the balance spring that can be precisely adjusted by a watchmaker to attain the desired number of beats and, thus, precise time.

Thedial train, which is also known as the hand-setting train, is a set of gears that finally transfers energy from the balance wheel to the hands of the watch. Reduction gears ensure that the minute hand turns faster than the hour hand does. 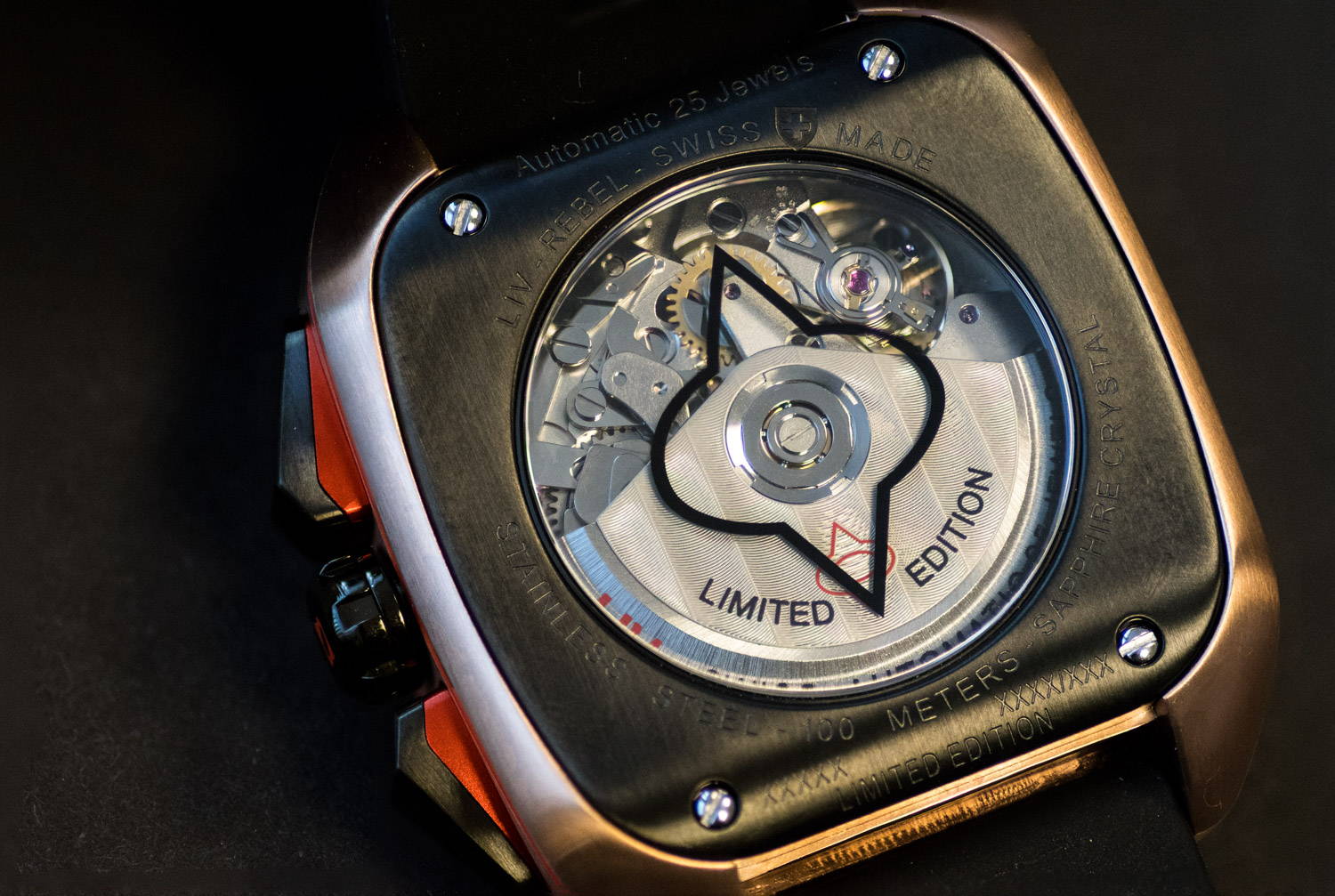 To understand the materials used in a watch movement, it is important to appreciate that a watch movement specifically comprisessixprincipal components (as outlined in the section above):

The earliest watchmakers in Germany, the UK, and Switzerland used both precious metals and precious and semi-precious jewels to make these components in movements. That explains why early watches are so valuable today; historical legacy and exquisite craftsmanship are not their only values - the precious metals and jewels in them are too.

The earliest watchmakers in Germany, the UK, and Switzerland used both precious metals and precious and semi-precious jewels in their movements.

Nickel-plated brass was extensively used by early watchmakers, given that it was less expensive than precious metals and less corrosive than brass. For a long time, a movement’s mainspring was made out of either steel, which was difficult to cast uniformly, and, later, carbon steel, which could be very brittle and break easily.

By the 1960s, new and farsturdier and less brittle alloys comprised of cobalt, chromium, nickel, iron, molybdenum, and manganese had replaced carbon steel. These alloys were also rust- and corrosion-resistant.

The metals used in most movements today have altered even more dramatically. The new millennium has seen the development of alternatives to metal components used in watch movements.

For example, many watchmakers have replaced metal parts within watch movements withsilicon, including the ultra-sensitive mainspring. This synthetic material has several advantages over metal for watchmaking purposes, including being:

Perhaps most importantly, silicon allows a movement to run at a higher frequency, which results in better time-keeping and, thus, a more accurate watch.

Titanium has also become more used in watchmaking, especially as it is very light. It is also as durable and corrosion-resistant as stainless steel. Titanium is used most often in dive watch models. However, it is also an expensive material, which explains why it is primarily used in the watch case.

The innovations in movement materials continue unabated. In 2018, a new alloy and alternative to silicon called Nivachron was developed in a partnership between Swiss giant the Swatch Group and Audemars Piguet. Being titanium-based means this alloy is as malleable as any metal alloy, while also being shock and temperature-resistant, as well as non-magnetic. 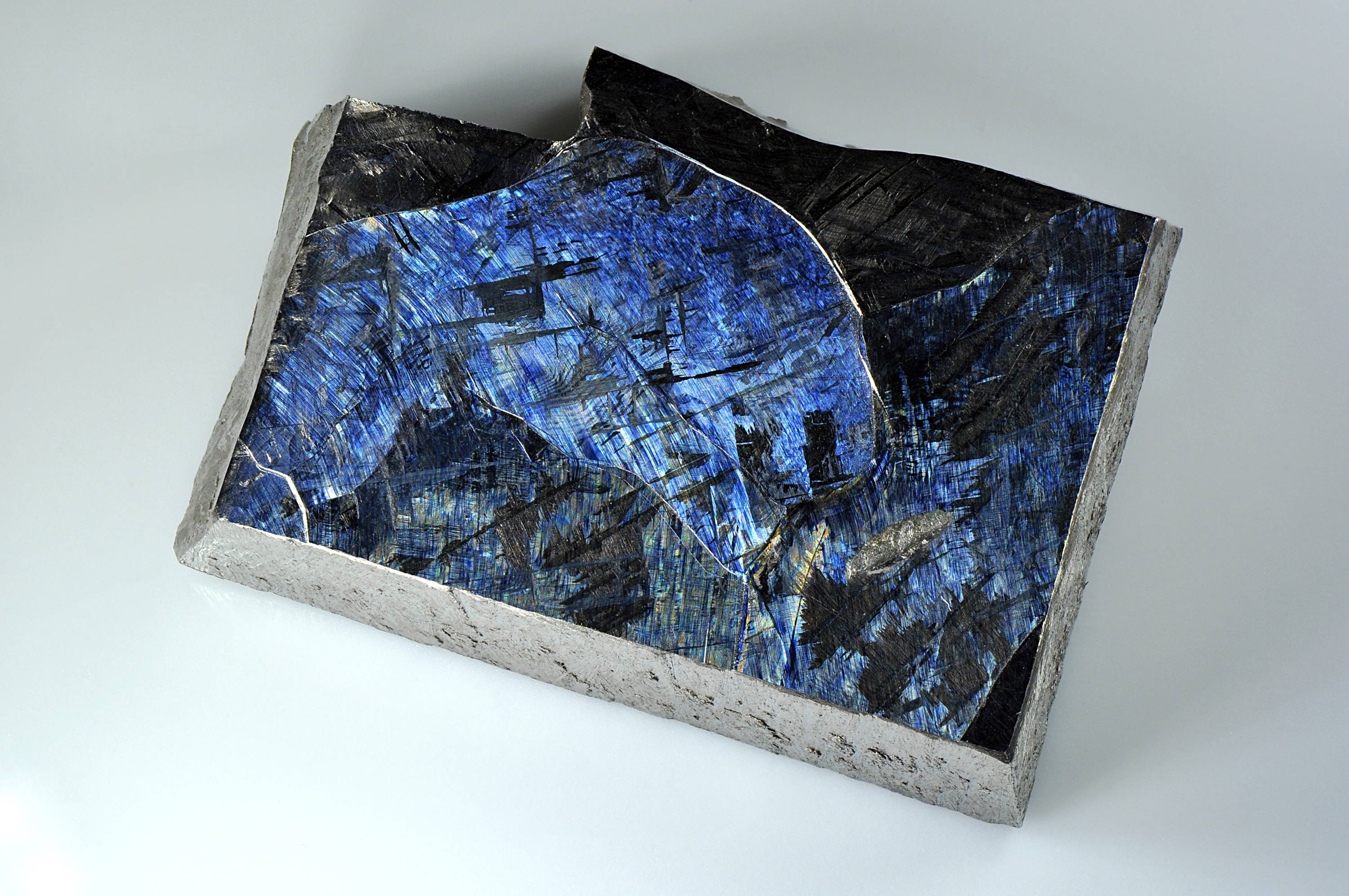 Jewels are essential in a watch movement in that they essentially provide load-bearing for elements within the movement that may be susceptible to wear and tear, such as the wheel trains and the escape lever.

The French chemistAuguste Verneuil is the man that revolutionized the jewels in watch movements. Verneuil, who was the son of a watchmaker, first made his groundbreaking discovery of making synthetic corundum in 1892. His technique was only published ten years later in 1902. His ability to synthesize rubies and sapphires (both of which are types of corundum) changed watchmaking profoundly.

The advent of synthetic jewels meant that movements could be made far more inexpensively. They could also be made more efficiently. There was also a tendency for genuine rubies to fissure easily, rendering them useless to a watchmaker were that to occur.

There was a reason why rubies and sapphires had been used in watchmaking: they are the second-hardest minerals. Only diamonds are harder. This made them ideal for the precision cutting required in the making of watch jewels - that is, when they didn’t fissure.

Synthetic jewels did away with the technical issues and high cost of using real gemstones in movements. 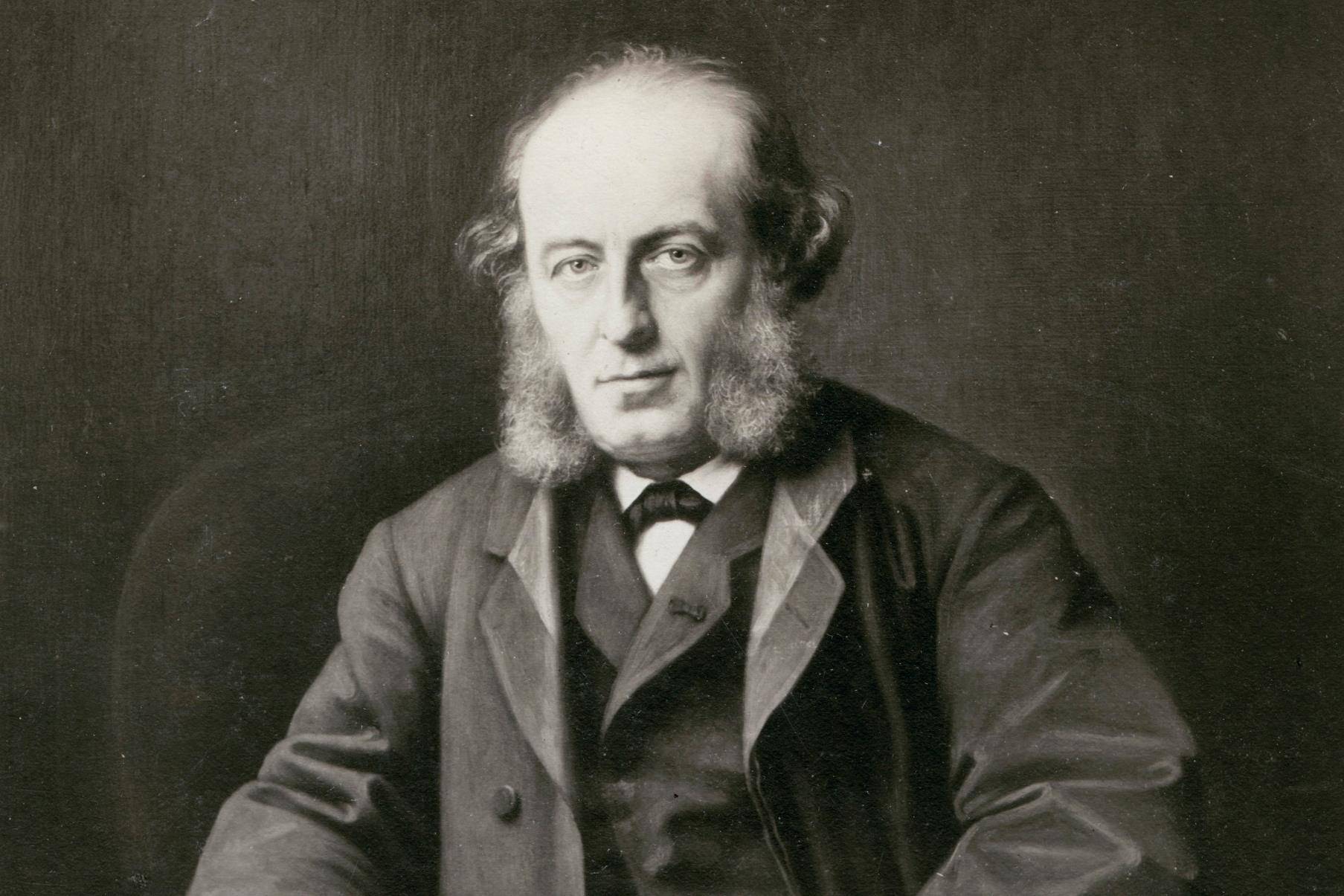 The term‘finishing’ in watchmaking refers to the array of often complex techniques that are performed on parts of the movement once produced by machines. Machining is not perfect, and so unsightly remnants thereof in a movement must be erased.

Finishing includes both thepolishing anddecorating of movement parts and can be done mechanically or by hand.

Today, machines can be adept at achieving high standards of finishing. However, for truly stunning finishing that can make a movement a miniature piece of art, handcrafted techniques remain supreme for high-end, luxury watches. The watchmaker’s hand achieves this with expertise and skill

That is why ‘finishing’ in the handcrafting of movements can be seen as ‘the art of horological perfection.'

Above all else, finishing is about making a watch movement that much more beautiful, stylish, and, importantly, unique. This becomes especially necessary when even the highest-tech machines cannot match the precision of the human hand in certain watchmaking techniques. For example, certain angles needed in a watch movement that may be sharp or obtuse can only be performed by hand.

One such technique is known asanglage, which involves the refers to the beveling or ‘chamfering’ of edges to the same width and angle, usually 45°. This technique is most often performed on bridges and plates within the movement. Other techniques include the intricateengraving of metal parts, orperlage, which is a high-end finish of overlapping circles, also known as circular-graining or ‘stippling’.

Finishing a watch movement by hand also makes it more unique in that each watchmaker has their own technique. Even‘imperfections’ in the finishing process are highly valued by watch connoisseurs and collectors, precisely because of their uniqueness.

Finishing also has strongly practical aspects to it. These aspects can include: 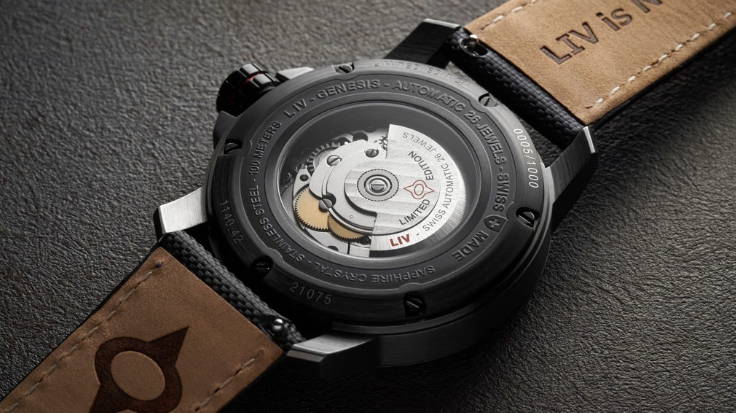 The best way to service aquartz watch movement is by simply replacing its battery. Also, being less complex than mechanical movements is another reason why the maintenance of quartz movements is easier and less expensive. The relatively servicing of quartz watches is one of the leading reasons why they have been so massively popular since the Japanese introduced them in the 1960s.

Theservicing of a mechanical watch movement may be more costly and require more care and planning. Mechanical movement parts can get dirty or corrode and the lubricants in them can dry out. That is why they should be serviced every three to five years.

The servicing of a mechanical watch movement has three distinct stages:dis-assembly,cleaning and repair, andreassembly. The second stage can also include needed lubrication/re-oiling of the movement.

Vintage watches can beespecially complicated to fix in that parts may now be hard to obtain, or the movement may even be obsolete. Water damage can also be especially challenging to service/repair, particularly for the movement.

Beyond the specialist labor in servicing an intricate watch movement, further costs possibly incurred in the servicing of a mechanical movement can include any parts replaced, as well as any refinishing that the watchmaker may deem necessary due to wear and tear.

However, with proper care and servicing, a watch with a mechanical movement can last a lifetime.We at LIV watches have even written about this regarding automatic watches, which you can read abouthere.

With proper care and servicing, a watch with a mechanical movement can last a lifetime.

Here are a few simple things to remember when wearing your mechanical watch.

For both types of mechanical watches:

Look after your watch well, and your trusted timepiece can continue to be your pride and joy.