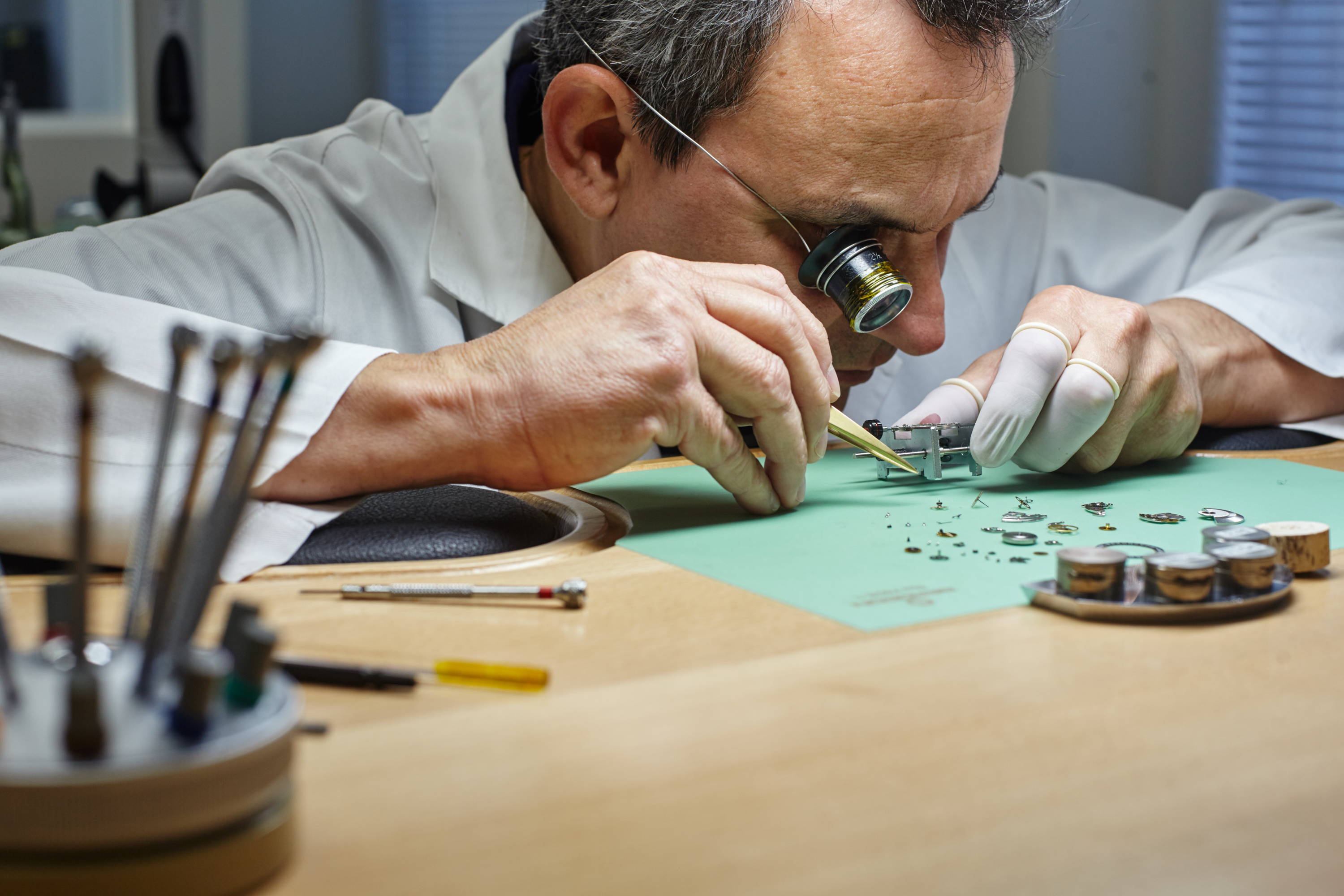 Nothing says luxury and quality like a Swiss watch. There's a good reason why.

Throughout history, Switzerland’s expert watchmakers have come to dominate the industry. Buying a Swiss watch is the easiest way to guarantee an excellent purchase with a well-made, attractive, and long-lasting timepiece. The tradition of Swiss watchmaking has survived a multitude of industry shake-ups and changes - from the olden days of the classic pocket watch, the Quartz Crisis, and the launch of Apple Watch, there’s a reason why when shopping for a Swiss watch, it’s hard to make a mistake.

Despite its small size, Switzerland continues to reign supreme as home to the best watchmakers in a global industry.

When and where did the history of the watchmaking industry begin?

Think the Swiss watchmakers began the tradition of portable clocks? Think again. That innovation actually goes to Germany circa 1509. The Renaissance gave us the first-ever “watches” that could be carried around to tell time. Before that, the art of timekeeping was far more cumbersome.

Before the Renaissance German watchmakers invented portable watches, people had to make do with things like sundials, candle clocks, and water clocks. The first clocks to ever use gears like we have today were created around the start of the 14th century. These were large and stationery pieces. In the mid-1600s, Europe gave us the first pendulum clock. Antique and traditional grandfather clocks still use this type of timekeeping technology.

Sometime between 1509 and 1530, German clockmakers invented a miniature clock that could be considered the ancestor of today’s wristwatches. But these small timepieces were not worn on the wrist, but instead took the form of jewelry and outward adornment. Peter Henlein, a German clockmaker, is believed to have invented the first portable clocks in the German town of Nuremberg.

These timepieces were roughly three inches long and could be worn like a piece of jewelry or clothing. The clocks weren’t yet small enough to fit in a person’s pocket, which was the next evolution in watchmaking. Also, only the very wealthy could afford these rare, cutting-edge, portable clocks at the time.

Sometime between 1509 and 1530, German clockmakers invented a miniature clock that could be considered the ancestor of today’s wristwatches.

When did the history of Swiss watchmaking start?

The distinction of inventing the first portable clocks or watches goes to Germany, before the Protestant Reformation. While it’s true that the Reformation started in Germany and splintered the Catholic Church, the Reformation in Germany was a spark that ignited all of Europe.

Religion wasn’t the only thing affected. The Reformation impacted all aspects of society and economics, with the watchmaking industry as no exception. Nuremberg played a critical role in the Reformation and was the town where it all started in 1517 when Martin Luther nailed his 95 theses to the door of the Wittenberg Castle Church. But what’s that got to do with Swiss watchmaking?

Well, the Reformation ignited a series of intense, violent religious revolutions and wars, with Germany at the epicenter at the start of the Reformation. War and violence are hardly beneficial for peacetime industries of any kind, and the uncertainty put a damper on German watchmaking. The same could be said of France and their watchmakers, who were second to Germany when it came to innovation and craftsmanship in watchmaking during the Renaissance. Soon after violence began in Germany, France was also impacted. The French Wars of Religion, which started in the mid 1500s, where French Protestants, called Huguenots, were persecuted.

Switzerland not only has a long history of watchmaking, but it also has a reputation for remaining neutral during times of conflict throughout the rest of the European continent. Many of the French Huguenot watchmakers fled the violence in their home country and settled in Switzerland, where society and industry remained somewhat stable. Most of them moved to the city of Geneva, and the influx of skilled watchmakers from France transformed the Swiss watchmaking industry. As they say, the rest is history. From the 1500s on, Geneva has maintained its reputation as the epicenter of skilled Swiss watchmaking.

How did the French change the Swiss watchmaking industry?

John Calvin, a prominent Protestant reformer, led a revolution in Geneva, Switzerland, at the time when the French Huguenots were entering the city. John Calvin’s revolution made Geneva a hospitable place for the French Huguenots, and it was easy for them to move to and integrate into the city’s culture and economy. Many positive changes also took place during the revolution in Geneva, making the town an ideal location for the clock and watchmaking industry that was quickly gaining steam in Geneva with the help of the French immigrants and native Swiss watchmakers.

One essential historical factoid about Geneva, the revolution, and the watchmaking industry has to do with strict regulations the city imposed on its citizens’ lives. John Calvin was a major proponent of austerity and piousness, especially when it came to outward appearances. At the time, Geneva was renowned for its robust jewelry making and goldsmithing industry. But thanks to Calvinism, the city banned its citizens from wearing jewelry.

Goldsmiths, enamelers, and other jewelers saw their businesses devastated by this harsh decree. Instead of leaving the city, Geneva’s goldsmiths and jewelers turned toward watchmaking. Both the enamelers and goldsmiths were skilled in creating beautiful, intricate designs that paired well with watch and clock making. Functional pieces, like portable clocks, were exempt from the jewelry laws. 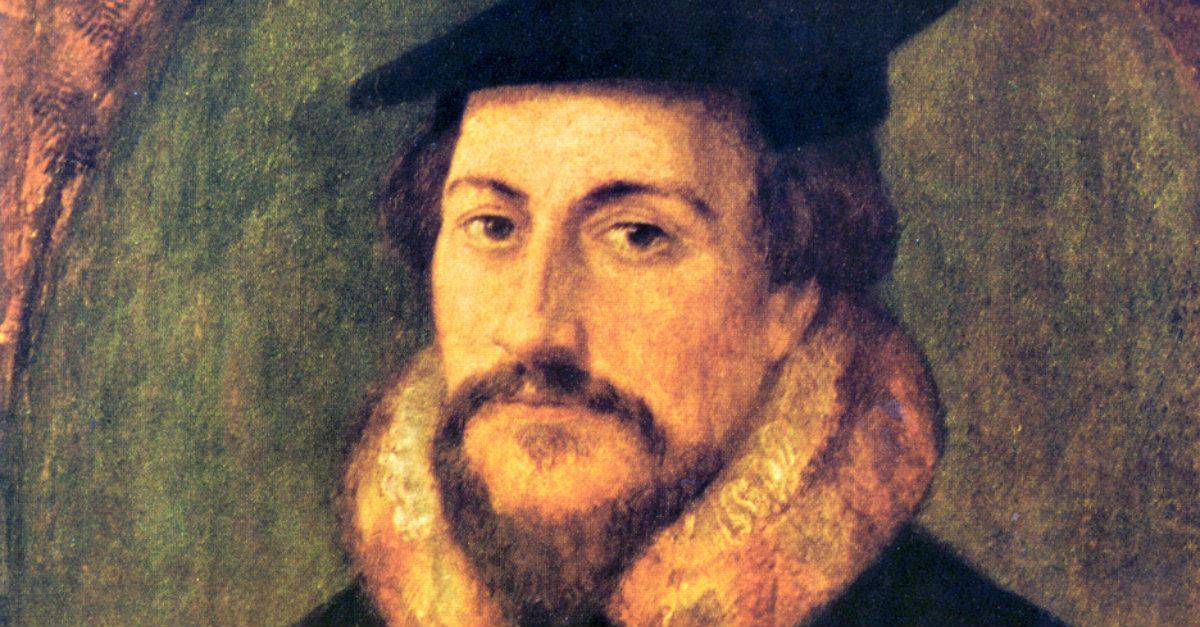 How has Swiss watchmaking grown over time?

The Swiss jewelers, along with the guidance and partnership of the French watchmakers, reinvented themselves. By pairing beauty with precision, the world-renowned Swiss watchmaking industry was born from the ashes of austerity. Nothing lasts forever, and the harsh rules governing jewelry wearing in Geneva were soon relaxed in the late 1600s.

When the laws were loosened, watchmaking in Switzerland grew apace. Watch, and clock designs became even more elaborate and opulent. Before the change in the statutes, watchmaking in Switzerland had a reputation for being refined, skilled, and high-quality. Afterward, Swiss watches also became known for their exquisite beauty along with their craftsmanship. Since then, Swiss watchmakers have been at the forefront of many significant inventions and innovations in clock and watchmaking.

Great Britain’s Contributions to Watchmaking and Influence on Switzerland

At the end of the 1600s, significant changes were happening within the Swiss watchmaking industry. The foundations for these craftsmen to become the world leaders in watchmaking were being laid. But during this time, it wasn’t apparent that Switzerland would become the top dog in watchmaking innovation. Instead, Great Britain was leading the world in new watch inventions and designs.

Robert Hooke invented the tooth-cutting machine, which increased the volume of pocket watches manufactured in Britain. The invention of the balance-spring at this time in history also contributed to the popularity of portable watches. Chronometers and lever escapement inventions increased the watch’s accuracy. Britain’s significant contributions to clockmaking are beyond the scope of today’s article. At the same time, Britain was making progress with their watch designs, the Swiss watchmakers were also hard at work. In the Jura Mountains of Switzerland, watchmaking and innovations in the way the timepieces were produced, flourished. 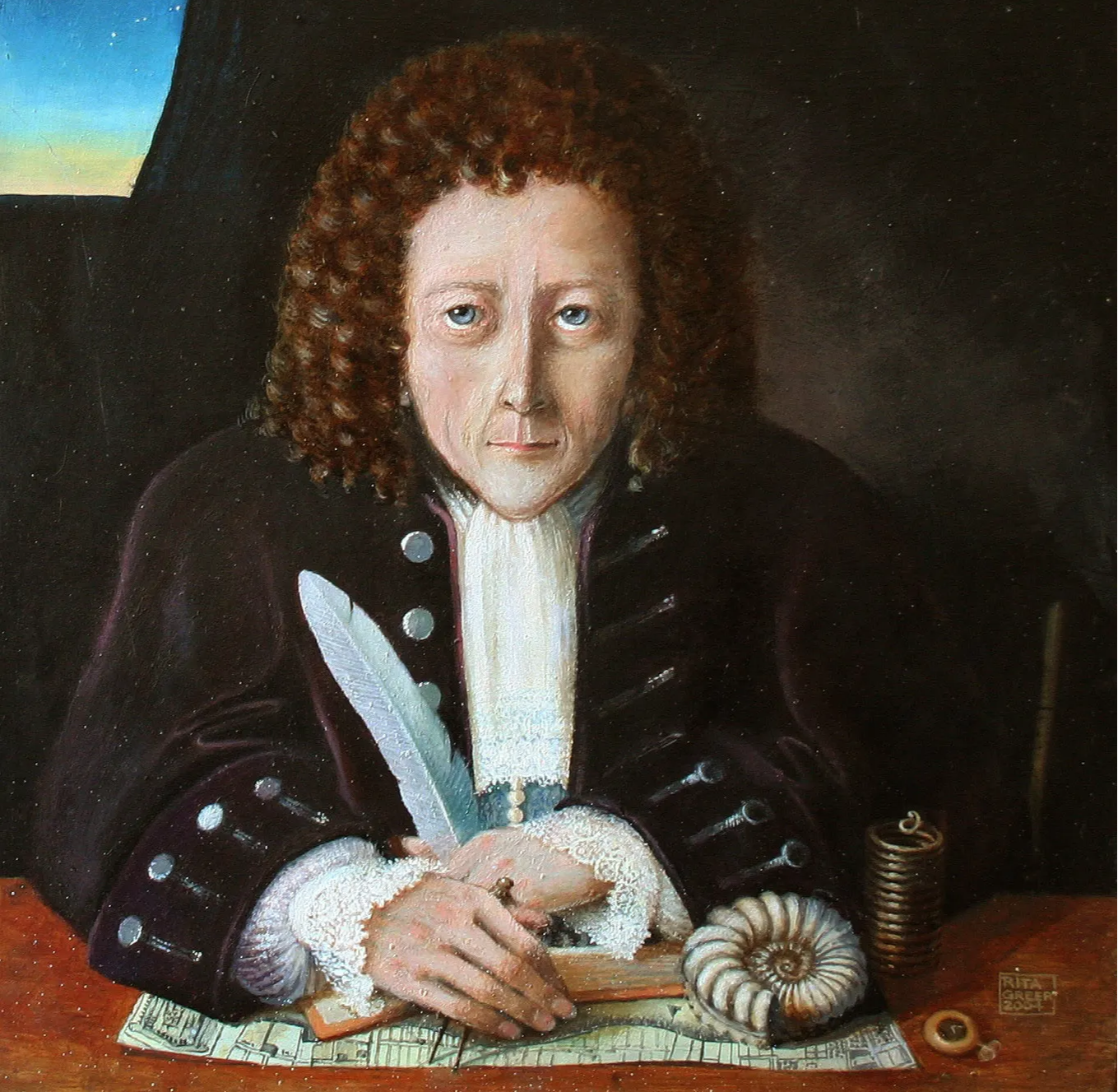 What major innovations have Swiss watchmakers introduced to the industry?

Daniel Jeanrichard was a Swiss goldsmith who was the first person to apply the concept of division of labor to watchmaking. As a result, his system increased the production and volume of watches in Switzerland, while protecting their quality. In 1790, Geneva was producing up to 60,000 watches every year, which was considered an unprecedented amount. Jeanrichard is known today as the founder of the Swiss watchmaking industry. Without his contributions, it’s safe to say that Switzerland may not have become the global leader in watch production and innovation.

During the late 1700s, Switzerland could mass-produce watches that helped them secure the top position in the industry over the French and the British. While the French refused to implement mass production techniques, the Swiss embraced them. Swiss watchmakers were able to produce watches faster than any of their competitors. The French and British couldn’t compete with their speed and volume of production. Switzerland’s innovation in watchmaking almost destroyed the industry in France, and the British watchmaking industry almost collapsed toward the end of the Victorian era.

Swiss watchmakers were able to produce watches faster than any of their competitors. The French and British couldn’t compete with their speed and volume of production.

The Swiss watchmakers grew, refined, and developed the watchmaking industry in ways that were fundamentally different from their contemporaries in France and Britain. Unlike France and Britain, Swiss watchmakers developed a decentralized approach to watchmaking in addition to embracing mass production processes. This made the Swiss watchmakers more agile, quicker and fostered a sense of enhanced creativity within the industry. The unique watchmaking system that the Swiss invented that encompassed these ideals and processes was called etablissage. With etablissage, the Swiss produced excellent watches at a faster pace than their European neighbors. 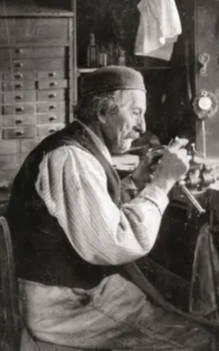 With the system of etablissage, Swiss watch parts were made in different locations, and assembled by manufacturers. The manufacturers who assembled the watches were ultimately responsible for producing the final product. With a decentralized manufacturing process, the Swiss watchmakers soon dominated the industry. For comparison, in 1850, Switzerland produced more than two million watches. Great Britain? A mere 200 thousand. Unfortunately, many mass-produced Swiss watches during the 1800s were considered “junk” in America, which was enjoying its own high-quality watch industry at the time. 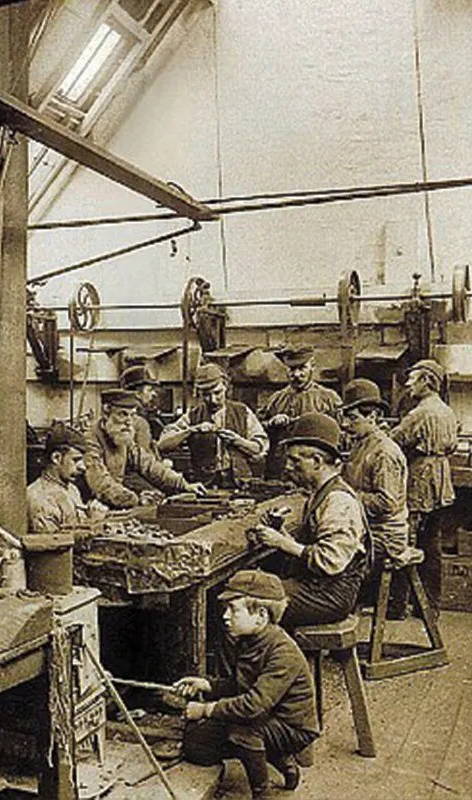 As the Swiss watchmaking industry evolved, quality became far more critical than merely mass-producing watches to put competitors out of business. Instead, the Swiss watchmakers started to emphasize quality as a way to break into the burgeoning American watch market. The Swiss watchmakers adopted an American-style of production and moved their parts assembly in-house. In this way, they were able to combine their watchmaking know-how with a new form of mass production, and were able to improve the watch quality without sacrificing speed and volume in the manufacturing process.

Today, many lower-priced Swiss watch brands continue to use the traditional etablissage process. Parts are made in other countries and then shipped to Switzerland, where they are assembled into the watch before the product is put up for sale. But most well-known Swiss watch brands have moved their assembly in-house, ensuring high-quality along with fast production. 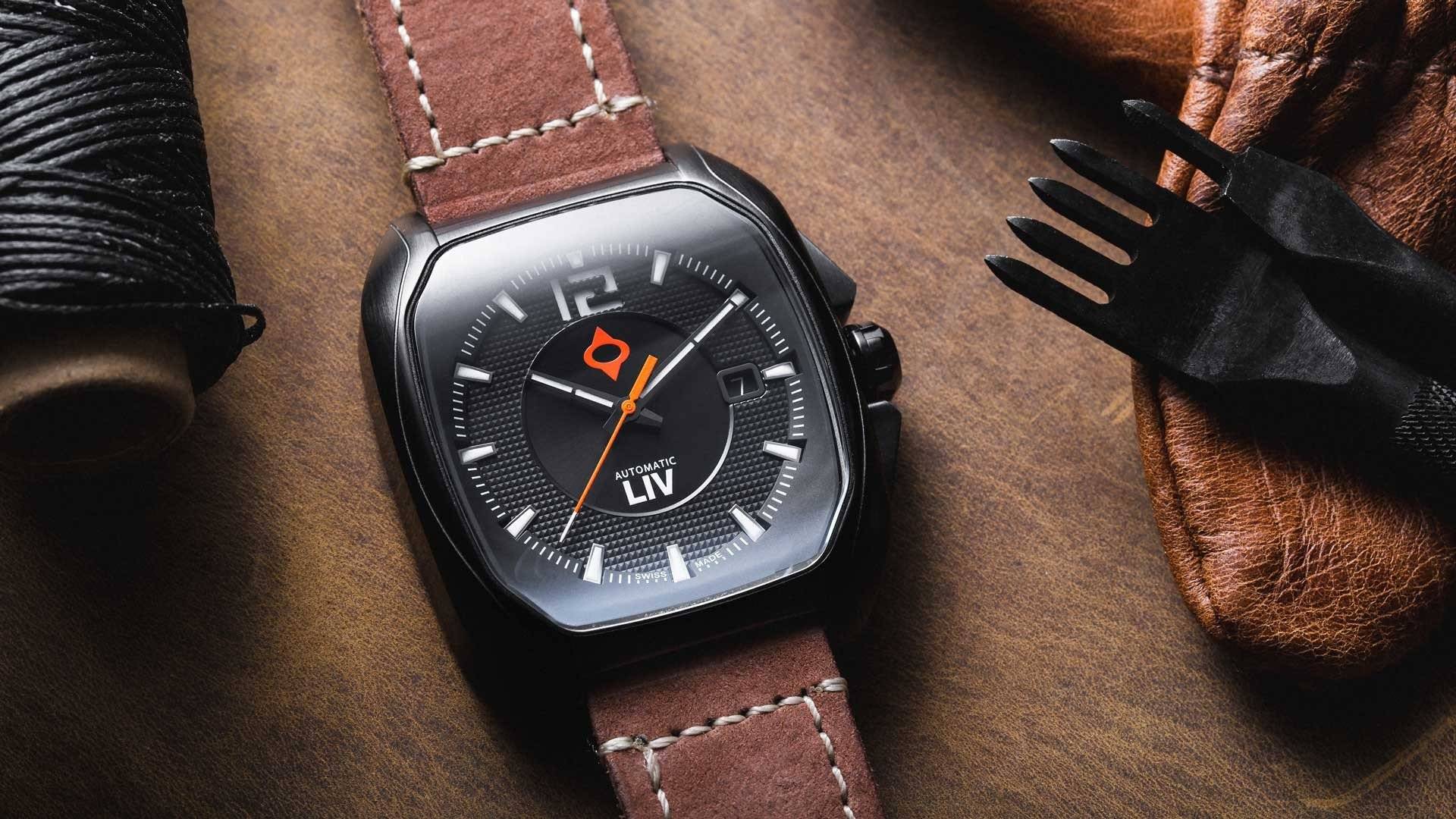 How much of the modern Swiss economy is based on watchmaking?

Today, the Swiss watchmaking industry is the third-largest exporter in the country, employing roughly 59,000 people and comprising 1.5% of the nation’s gross domestic product. When it comes to value, Switzerland is the world’s largest exporter of watches, with Geneva and Jura Arc home to the majority of the country’s 700 watch manufacturers. Watchmaking in Switzerland has a long and colorful history and is an integral part of the nation’s culture and heritage.